As I mentioned in my last post, I went to Upper Mason Lake early in September and did a terrific new dyno, the Interplanetary Insanitarium.  While I was up there I noticed that the Lake was way below it’s normal level, which opened up a few new lines on a huge lake side boulder – the Ark.  Unfortunately a thunderstorm was moving in while I was completing the I.I. and I had to cut the day short, hiking out in a drizzle.  Well, that boulder was on my mind the entire week.  In the last few years that I’d been going to the lake I’ve never seen it low at all so I knew I had to take advantage before the snow came in.  I established a couple sweet new problems.  The first, SeqKnar V5, named in honor of Sequoia’s fifth birthday,  should be perfectly dry the vast majority of the time.  The second, Smoke on the Water V2/3, is super classic and will definitely be in the lake during most normal snow seasons.  Smoke on the Water head up great moves on perfect rock to a tough mantel on thin crimps just high enough to make me back off a couple times before screaming my way through it.  Here’s a few photos/screenshots from the day:

the Interplanetary Insanitarium V6 – It’s not too easy to pose a picture of a dyno with a self timed camera, so I’m pretty proud that I got one to work.

Sequoia hanging out by the lake on her fifth b-day. 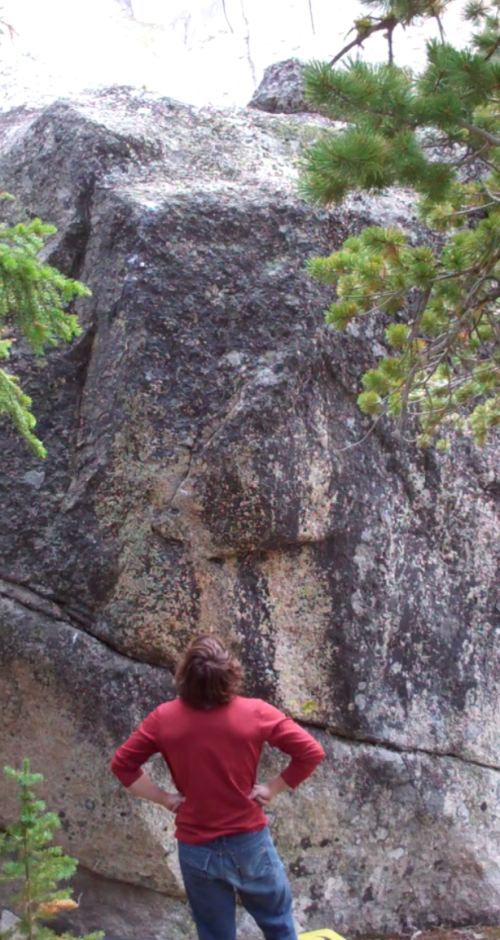 Figuring out what would become SeqKnar V5 (screenshot) 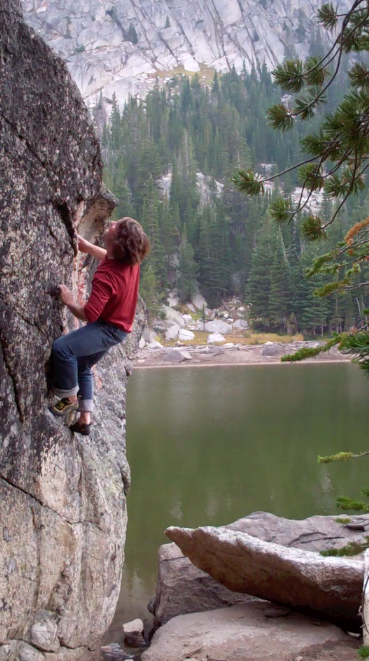 FA of Smoke on the Water V2/3 (screenshot)

FA of Smoke on the Water V2/3 (screenshot) Soaking in the view (screenshot)

I also talked Sarah and Leslie into Cascade Creek for an afternoon instead of sport climbing a couple weeks ago.  I toured them around to the classics and when they left I went for a little jaunt up the hill.  I managed to top out the hill above the boulders.  The whole point was to look for more problems, but that was pretty much a bust.  There’s definitely potential on the way up, but the highest talus field was what was on my mind the whole time and there was absolutely nothing up there that would make me do that hike again.  I did see a moose on top of the ridge so that made it worth the horrible hike.  Photos: 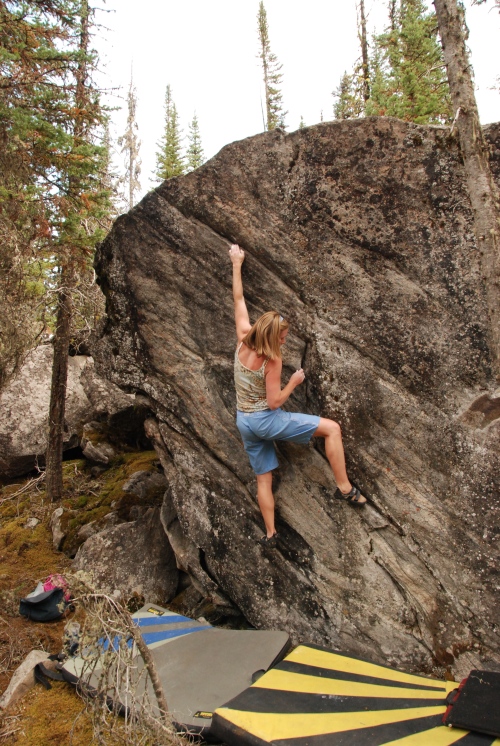 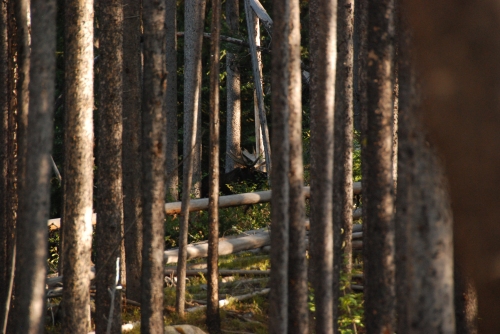 Little different view of the Skyline and the upper Gally formations from the top of the ridge above the Cascade boulders.

This entry was posted in Cascade Creek, Tobacco Roots. Bookmark the permalink.