Skyline Boulders, the Bash and a rainy Leavenworth

Well, it’s been awhile so here’s another photo dump – par for the course.  Let’s start with a trip to the Skyline Boulders.  This small, but high quality collection of boulders sits below the Skyline Buttress in the Gallatin Canyon.  Here’s some photos of Isaac and Ho trying a new V8 (possible it’s been done, but unlikely) up the center of the Trailside Boulder on the way to the Skyline Buttress.  Neither got it that day, but both returned and triumphantly sent. 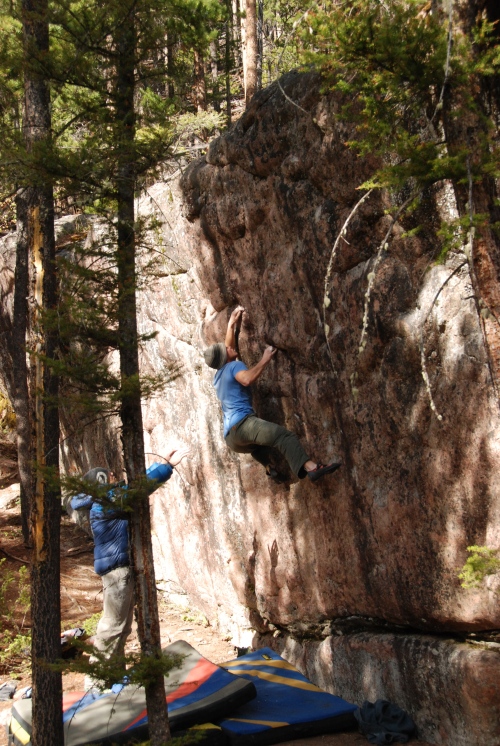 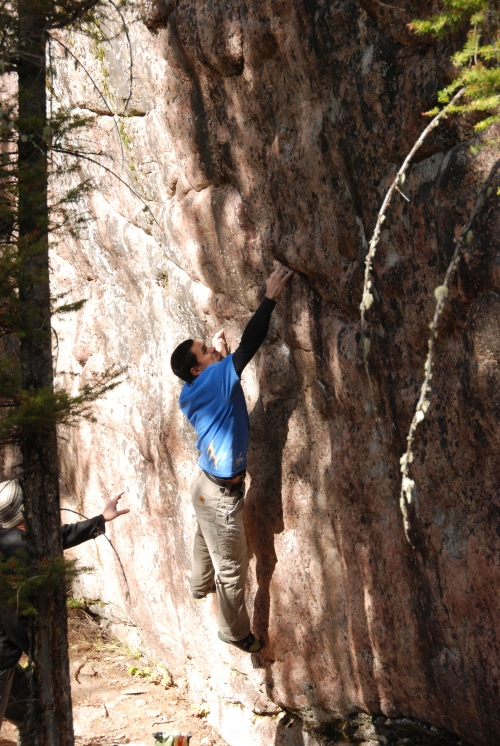 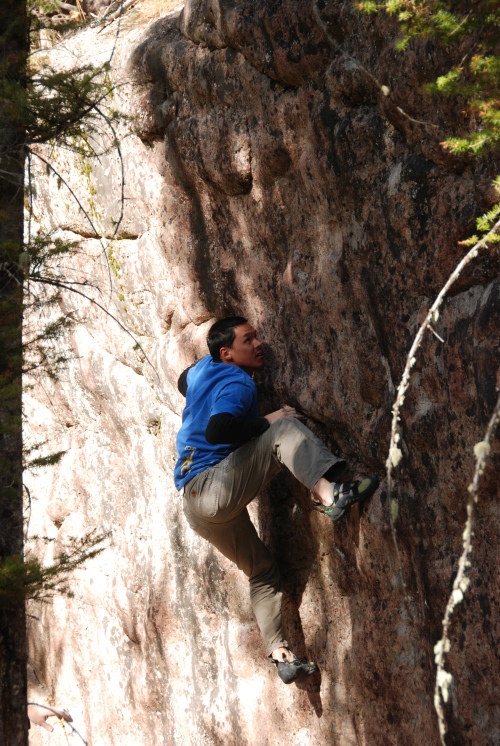 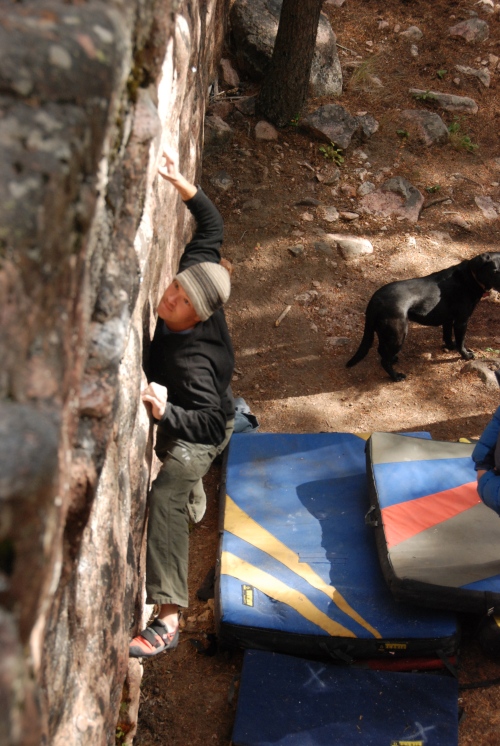 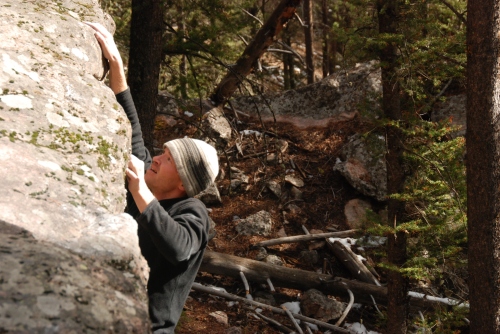 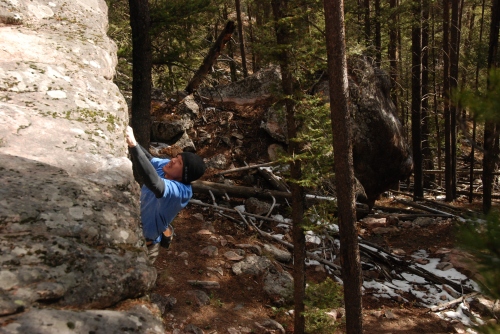 A couples weeks back I attended the Butte Bouldering Bash at the Trailer Boulders.  As usual, the event was awesome and the climbing was lots of fun with lots of friends.  I basically didn’t take any photos, but Ari took a few with my camera.  For a bunch of excellent photos of the event check out Tom’s wrap-up post here. 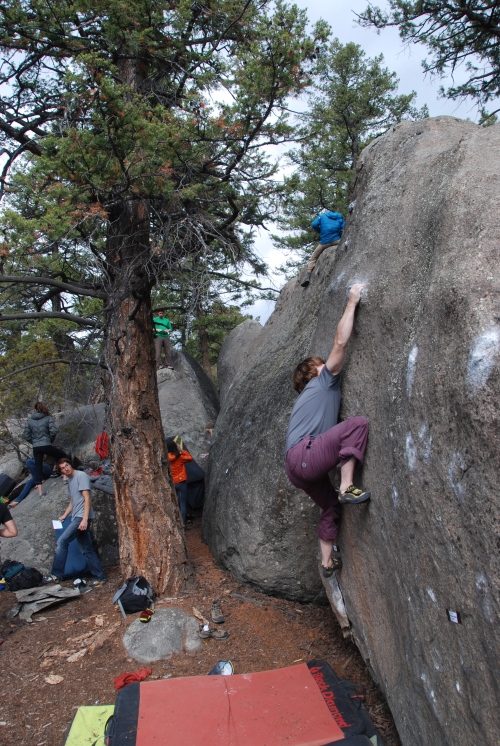 Myself on the Aristocrat V4 – best problem I did all day! (photo by Ari Kaufman)

Lastly, Jeff, Sarah and I made a trip to Leavenworth, WA last weekend.  What was supposed to be 4 or 5 days of perfect granite crimps and slopers turned into one perfect days of bouldering followed by rain… lot’s of rain.  Luckily we all climbed a ton on Thursday so it wasn’t a complete bust.

Jeff and Sarah took off to Seattle on Saturday morning while I stuck it out through the weekend.  On Saturday, I tried what was probably the only dry problem in Leavenworth – the Lefty V7.  I got pretty close, but didn’t succeed on Saturday so when Sunday rolled around with clear skies I went back to it thinking I could finish it up quickly and then move onto whatever else I could find that was dry.  Well, that didn’t happen.  I spent 7.5 hrs over two days on a single problem with nothing to show for it.  Very frustrating to say the least.

The problem basically boiled down to two very hard moves then another kinda hard move to a drop-off jug.  Just after warming up on the second day, I stuck both the crux moves only to fall off going to the jug.  It’s a bit of a precision throw into a slot and I missed.  I knew I could do all the moves and usually that means imminent success for me.  Not this time.  3 more hours and I never got through that second killer move.  I suppose since it’s a contrived drop-off anyway and I stuck the first V6 move about 30 times, I can say I ran 30 laps on a V6, right?  Anyways, although the weather made it mostly a bust, I’m as psyched as ever for Leavenworth granite and can’t wait to get back! 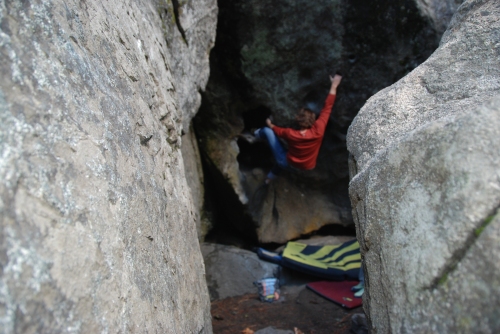 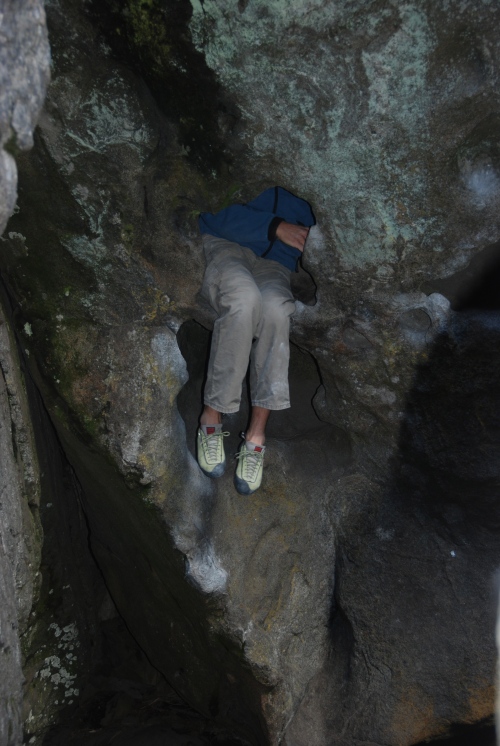 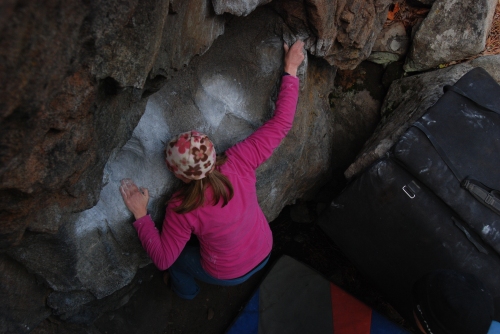 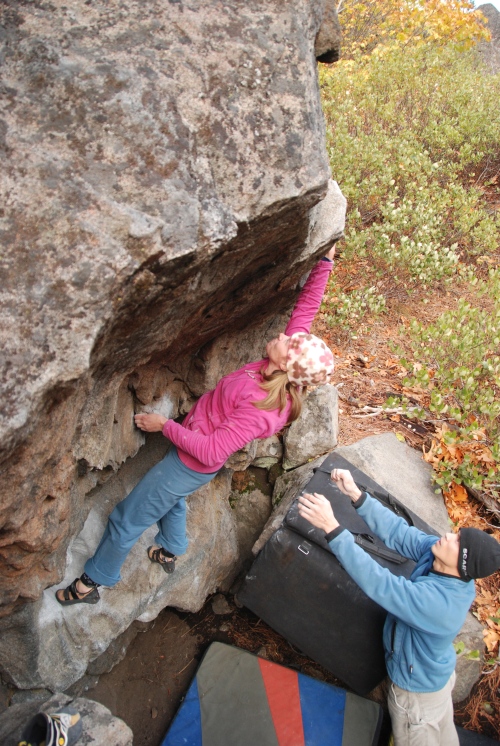 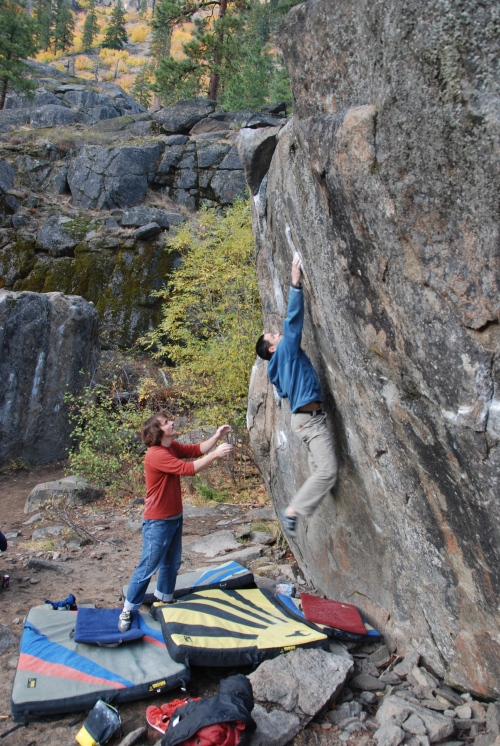 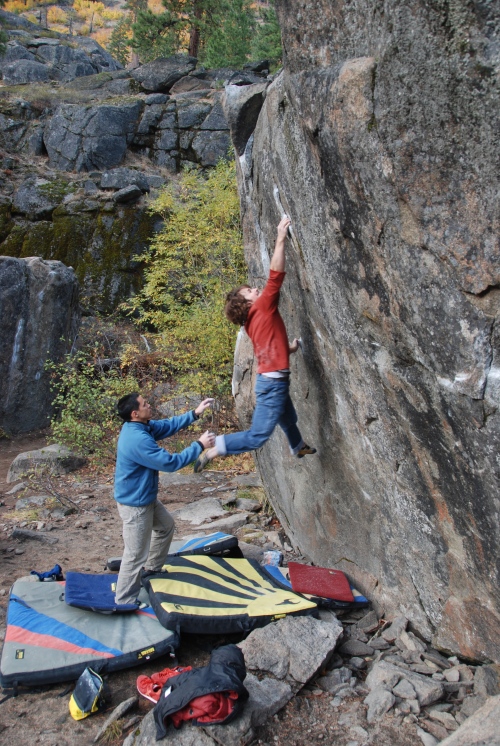 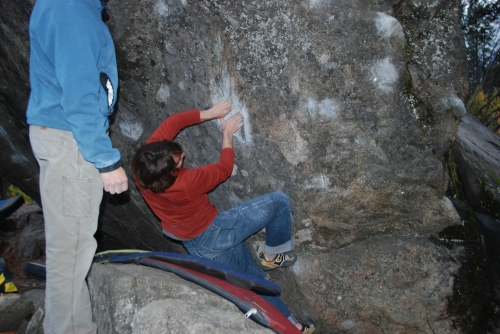 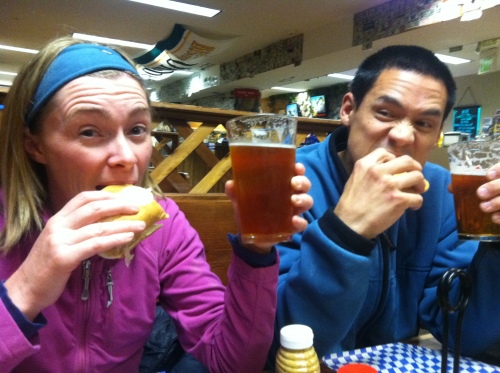 This entry was posted in Batholith, Northwest, Skyline Boulders. Bookmark the permalink.

2 responses to “Skyline Boulders, the Bash and a rainy Leavenworth”