Lot’s going on at Yankee Jim nowadays.  New areas, new problems and new projects galore.  First off, over the last few weeks I put up three new problems at the Loco-Motives on what I’m calling the Crazy Train Boulder.  This boulder is about 50 feet due south of the HO boulder and is super easy to find.  It doesn’t have the best landing, but it’s managable with a couple pads.  All three problems are high quality and worth doing.  Here’s a video showcasing the three:

I also made it up to the new area Jeff and I found and put up a few new ones.  No photos and the video didn’t turn out great, but there should be a bunch more problems there.  That area, the Lower Hidden Valley, is one of two new confirmed areas.  There are also a few other areas that haven’t been scouted but should produce some goods.  Needless to say, Yankee Jim ain’t tapped.

Also, an excellent new problem was put up at what has to be one of the oldest bouldering areas in the state – the Yankee Jim Campground.  The new one is a relatively old project that fell into obscurity until Jeff got re-psyched on it.  Him and Jon Scott went out and did the obvious stand start calling it “Montana’s Most Wanted”.  After a handful of ascents, it sounds like it will settle at V7 .  There’s also a super good/hard sit start that adds a few moves and at least a few grades.   Here’s a few photos of it from yesterday: 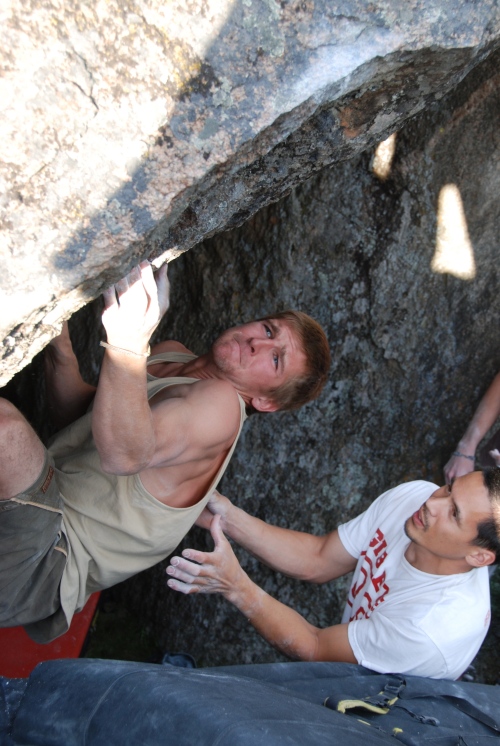 Good times were had by all... 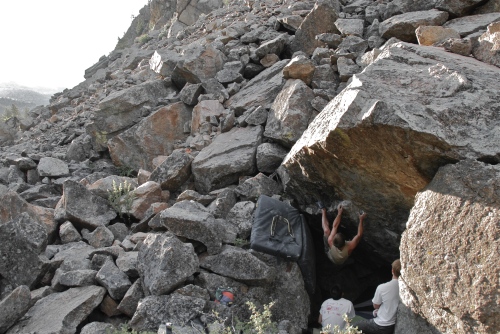 And last but not least, a litte more HAPS: 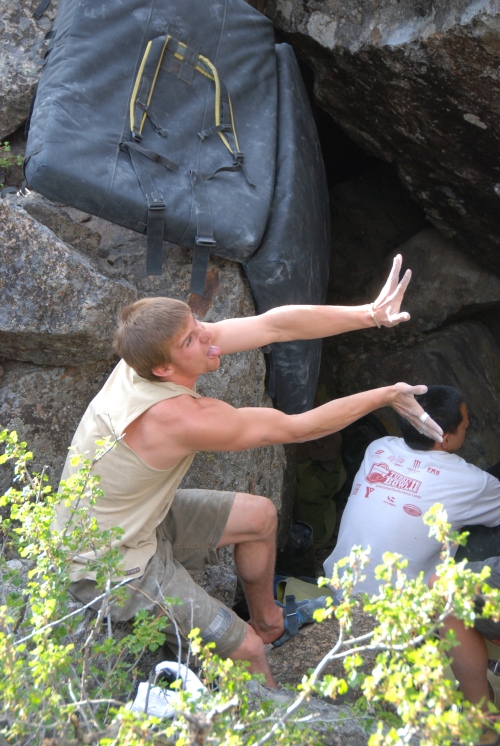 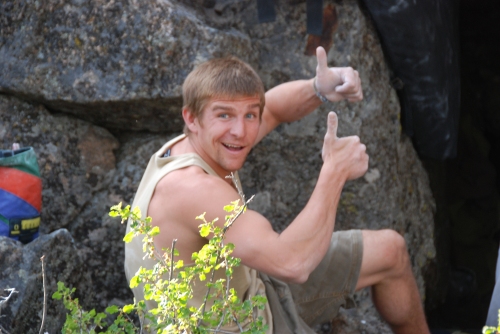 Hope y’all are having as much fun as we are!

This entry was posted in Yankee Jim Canyon. Bookmark the permalink.