First off, let me get this out of the way.  Don’t be an asshole: 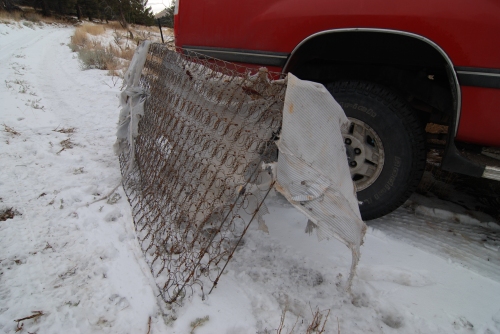 Whoever left the above mattress at Whiskey is an asshole.  I don’t care if you want to use a mattress for a crash pad, but whatever you use take it with you when you leave.  Don’t be an asshole.

Alright, back to the fun stuff.  Peder, Jess and I made it out Saturday and hit up a nice combo of old and new at Whiskey.  We did the obligatory Wave Runner warm up then headed to the Fagatron roof.  Like many at Whiskey, completely inappropriate name, but totally appropriate fun.  If you’re looking for an obscure excellent problem, check it out.  Although it’s dabby most of the time, it’s nice to have a few pads and a spotter.  I punted off after the crux, missed the pads, landed on my butt on the rock slab below and just about fell into a small pit next to the problem.  Luckily Jess saved me from anything other than a bruised butt.  I had a mini-epic getting back, but pulled it together and sent.  The guide has it as V4, but it felt a grade or two harder.  Peder and I also did Pillow Biter, which heads up the right side of the roof.  Fun, but not nearly as good as the Fagatron.

A few moves before my fall off the Fagatron 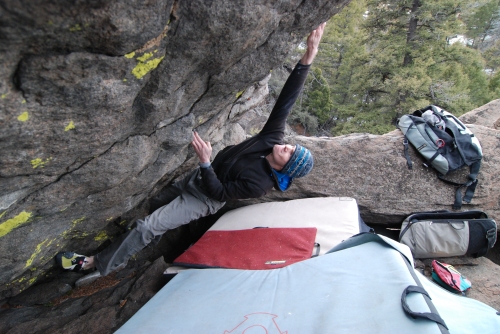 Next we headed to the massive area south of Whiskey Proper, which is known as Southern Comfort.  We made stops at the Optimist boulder, where all three of us flailed on a V6-ish problem.

Then onto Redneck Yacht Club, a new problem Peder put up last year.  I ascended the Club and Peder added a new V6/7 crimp problem just left of it – Ruckus on the Levee.  Nice work on the new ones peder!

On the way back towards the Tuna Juice boulder (where Peder crushed a new-ish V9 variation Tuna Tartare)  we stopped at Black Eye, an excellent problem with a cool hueco that Ryan Holm put up a few years ago.  We were thinking it will settle in at V3. 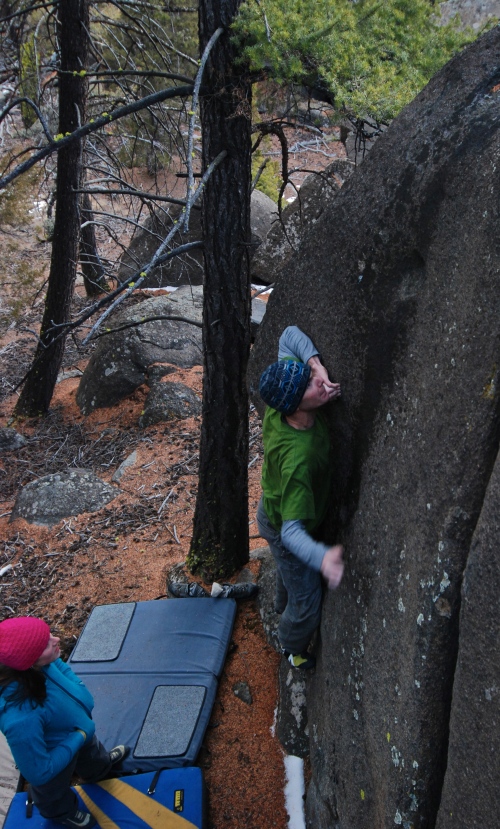 You start Black Eye matched on a sidepull with a giant food ledge, then head up into the crux move shown above.  Peder decided to try it without the foot ledge and somehow this was the result:

Jess and I went back out Sunday as well, but there were no photos, so we’ll just say nothing happened.  We made it back in time to see the finals for the Prince and Princess of Plastic competition at MSU.  Peder came in second to some unknown dark horse name Jeff Ho.   If you want the full story of the amazing-ness the Ho-Master pulled off check out K-Feds write up by clicking here.  Sarah Ho won the woman’s side so there’s a couple Ho’s holding the crown of the Prince and Princess of Plastic.  Nice work Hos!

One response to “Last Weekend”