FGD has come and gone.  As usual, it was a hell of a lot of fun.  102 brand new problems from super-easy to sick hard.  There were tons of competitors too, with lots of out of staters.  It was easily the strongest field of climbing competitors that has ever gathered in MT on both the men’s and woman’s side.

In the end Mike Bockino from Idaho (Moscow?) and Molly Rennie from Missoula ended up on top by crushing the finals.  Congrats guys!  I remember all the other finalists but I’m not 100% sure of the final order.  In no particular order the other finalists were Kyle Vassilopoulos (Bozeman), Joe Meiners (Texas/Bozeman/SLC), Kerrek Stinson (Cody, WY), Kevin Macartney (Bozeman) and Dominic Speranza (Billings).  The other woman’s finalists were Sidney Trinidad (Seattle), Bridget Creel (Bozeman), Joanna Onorato (Bozeman), Inge Perkins (Bozeman) and Tammy McClure (Boise?, Idaho).  I should also note that Sidney Trinidad is 11 years old and about 4 and a half feet tall and she still crushed!  She was in first place going into finals, but Molly edged her on both of the finals problems and Sidney took second overall for the woman.

Here’s a few of the better photos that I took over the course of the last few days setting for and watching FGD X: 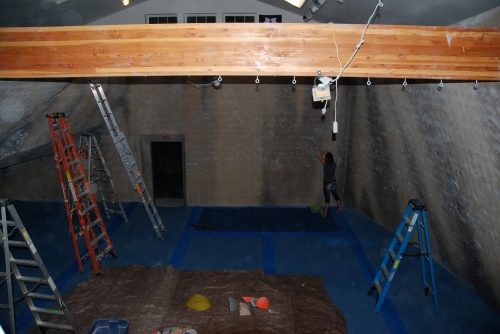 The majority of the setting crew (minus Joe, Larkin & Leigh) 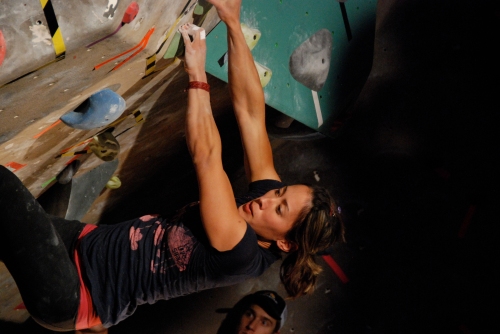 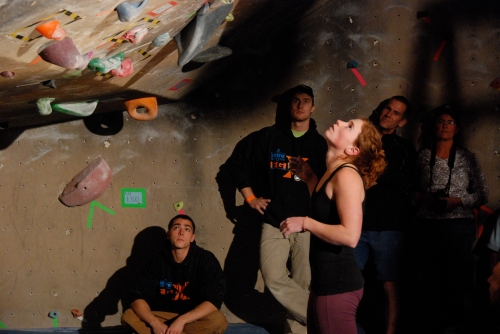 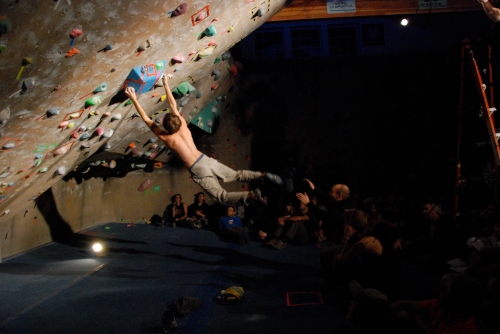 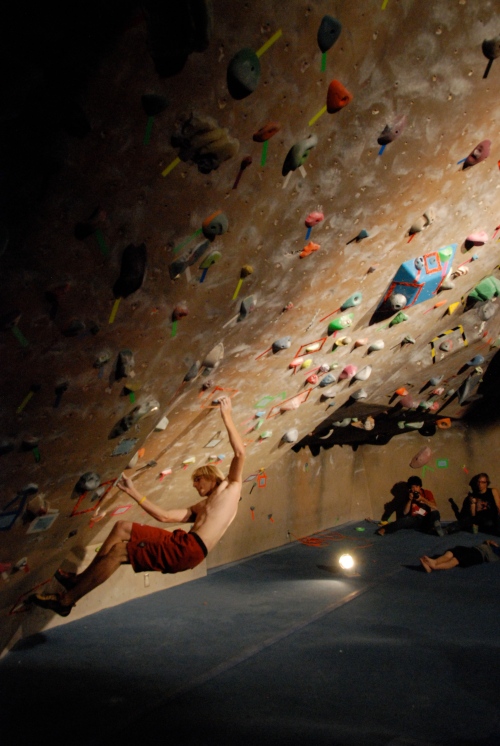 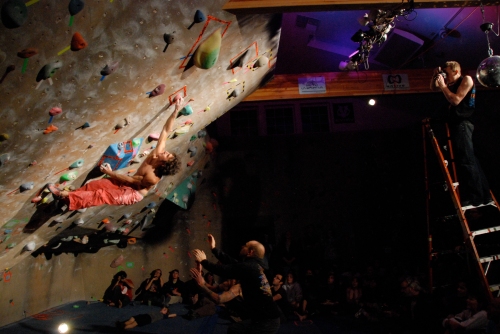 Big thanks to the Ho-Master and Meg Hall for hosting such an amazing event!

This entry was posted in Spire Climbing Center. Bookmark the permalink.

One response to “FGD X Photos”